In a recent blog post on new treatments for amblyopia (sometimes called “lazy laze”), I mentioned the Tetris study from a few years ago.* When this study was done, it was exciting because it was just a hint of the possibility of treatments that lay ahead.

Well, this morning I see in the Wall Street Journal “Digits” blog a story called “To Play Ubisoft’s ‘Dig Rush,’ You’ll Need a Prescription”. It reports about a new game from a major game company where thepoint of the game is to train the eyes to work together. This approach differs from the traditional treatment for amblyopia in which the stronger eye is patched in an effort to force the weaker eye to do more work. The blog also points out that figures from the National Eye Institute reveal that approximately two or three of every 100 kids may have amblyopia.

Here are some very compelling images from the game. As you can see this is the type of red/blue therapy where one eye sees the red images, one eye sees the blue images, and both eyes see the gray images. Optometists have used this for decades, but not with such fancy graphics. 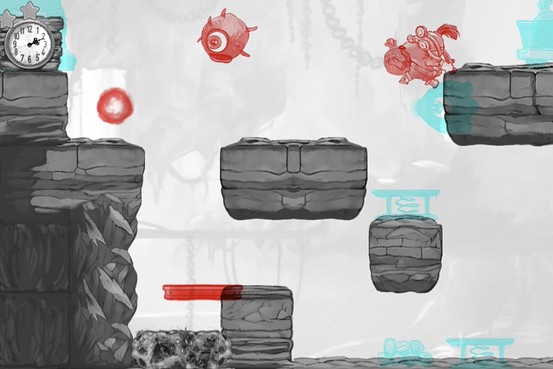 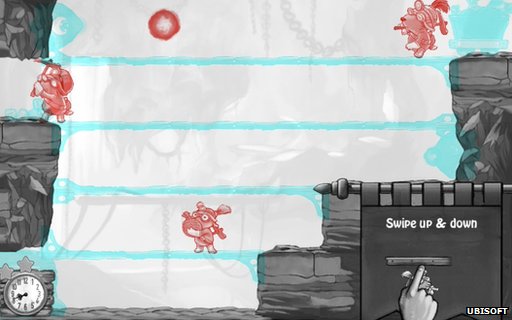 I am also very interested in a therapy game for amblyopia and strabismus call “Vivid Vision“. It is based on the head-mounted virtual reality display Oculus Rift. I do not know a great deal about, other than it is being studied for use in clinics and looks AWESOME! You can see it in action in this video here. We will have it at Bright Eyes Kids soon.

It will be quite some time before these types of amblyopia video games are available for home treatment of patients, but I think you will agree that they are pretty exciting!

* Just for fun you can play a Magic Eye version of Tetris here. It is not the Tetris used in the study, but it is interesting.