What are you doing this summer? Now that the kids are a little bigger, we decided to embark on a family road trip. We drove up I-75, headed to a family reunion in Louisville, KY. I was born in Kentucky, but I do not get back there very often. Along the way, we stopped at Rock City, Mammoth Cave, Bernheim Forest, and the World's Largest Peanut.

It was a very interesting experience. The museum is very well done with many displays on the history of systems of print for the visually impaired, including methods for printing Braille on a personal and industrial scale. The largest Braille project ever was an entire copy of the 1954 World Book Encyclopedia! (picture below)

But it is not just about printing - they also have exhibits about low-vision devices for visually-impaired individuals, an exhibit about talking books and how they produce books on tape and CD. They also have displays of devices that visually-impaired students have used to learn math. If you ever find yourself in Louisville, I encourage you to take an hour or two and visit the museum. They also have interactive tours, which we did not have time to attend.

You can learn more about the American Printing House for Blind and their services at their website: http://www.aph.org/ 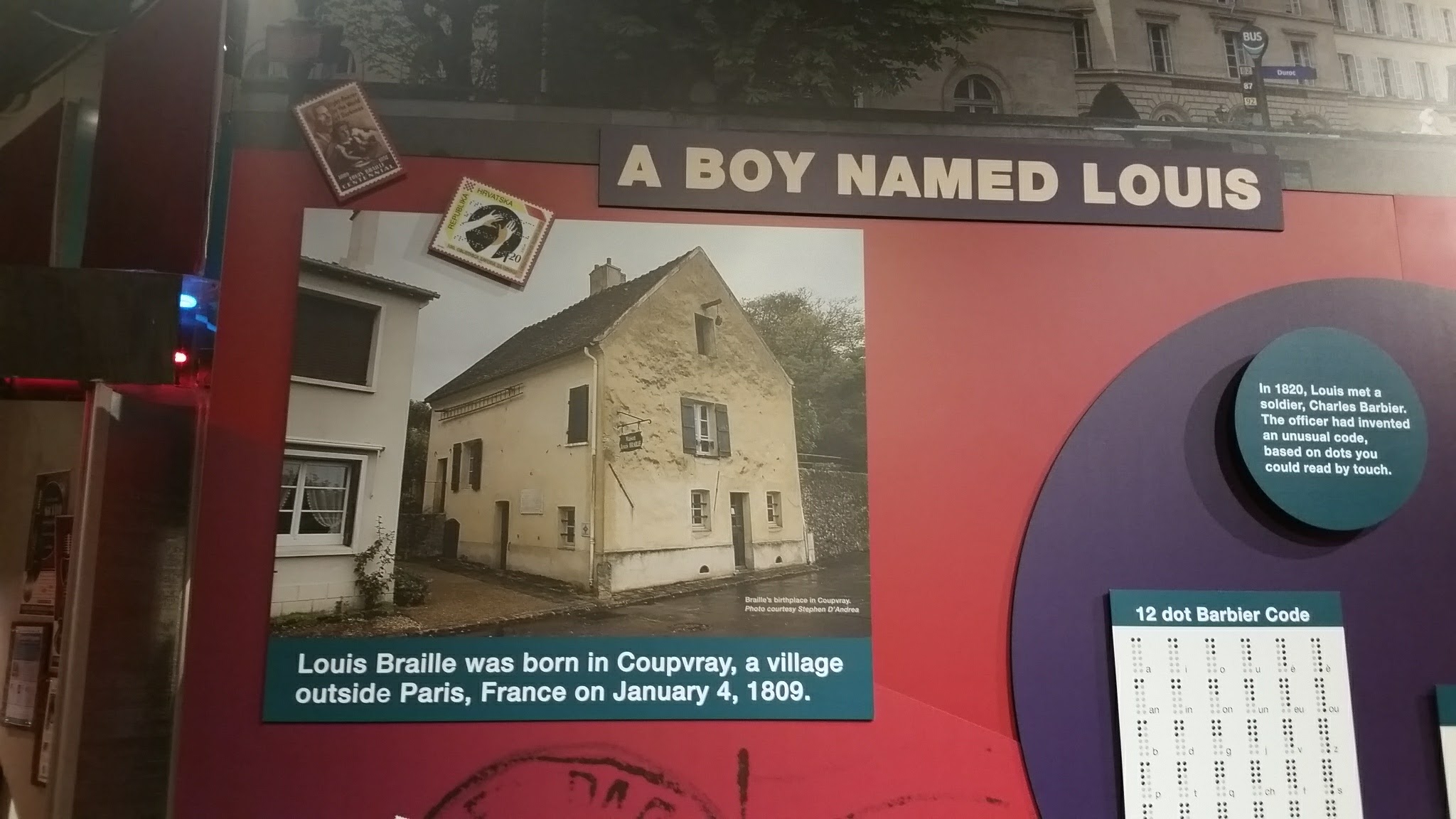 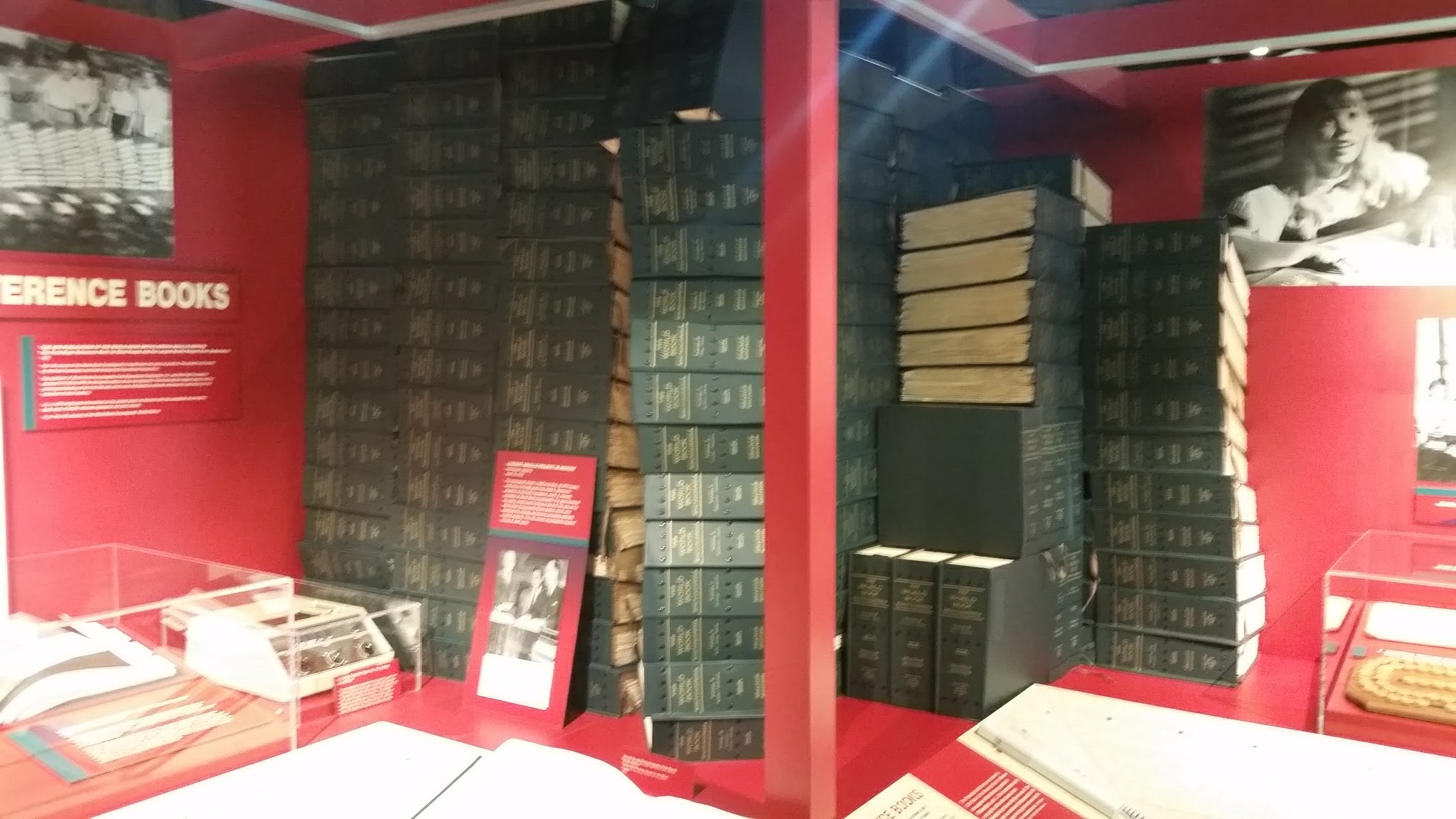 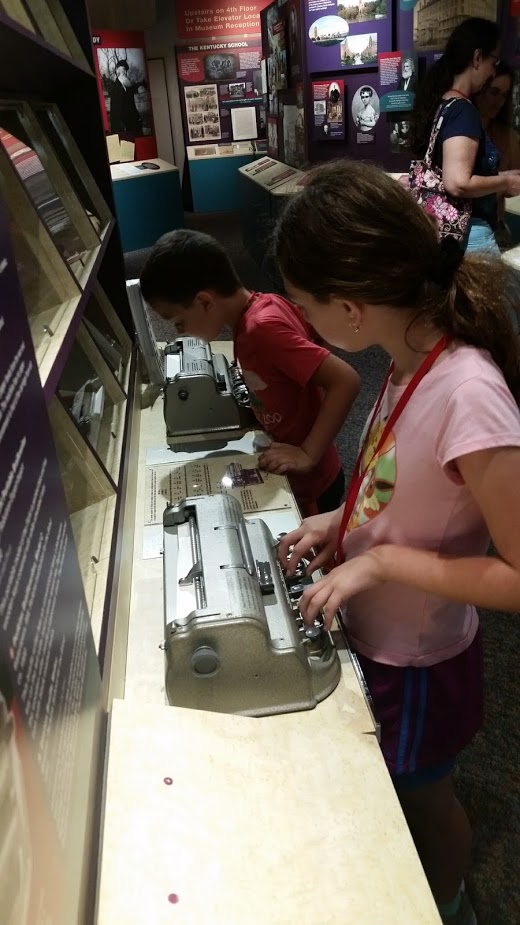 Learning to type in Braille. 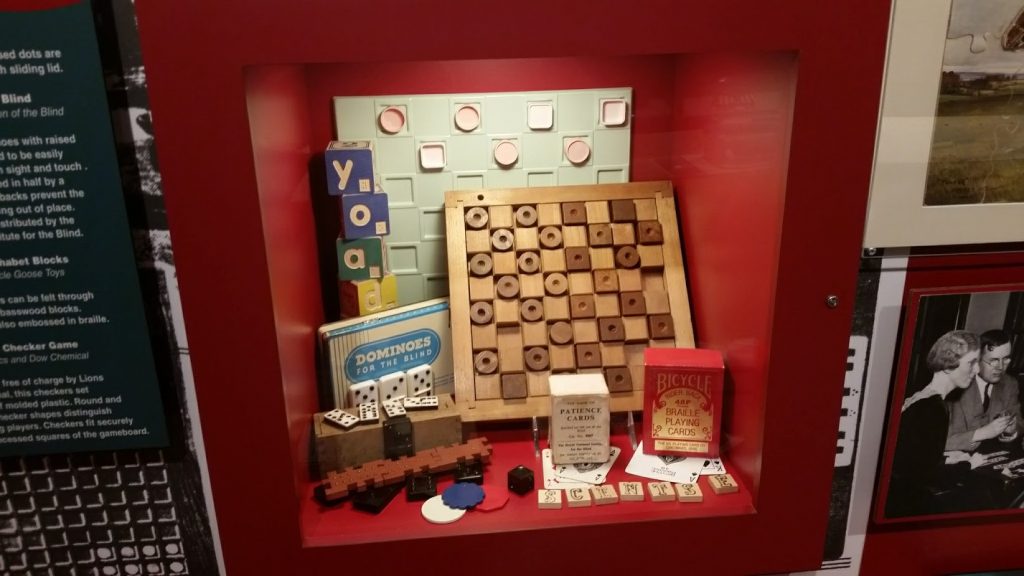 Games for the visually impaired 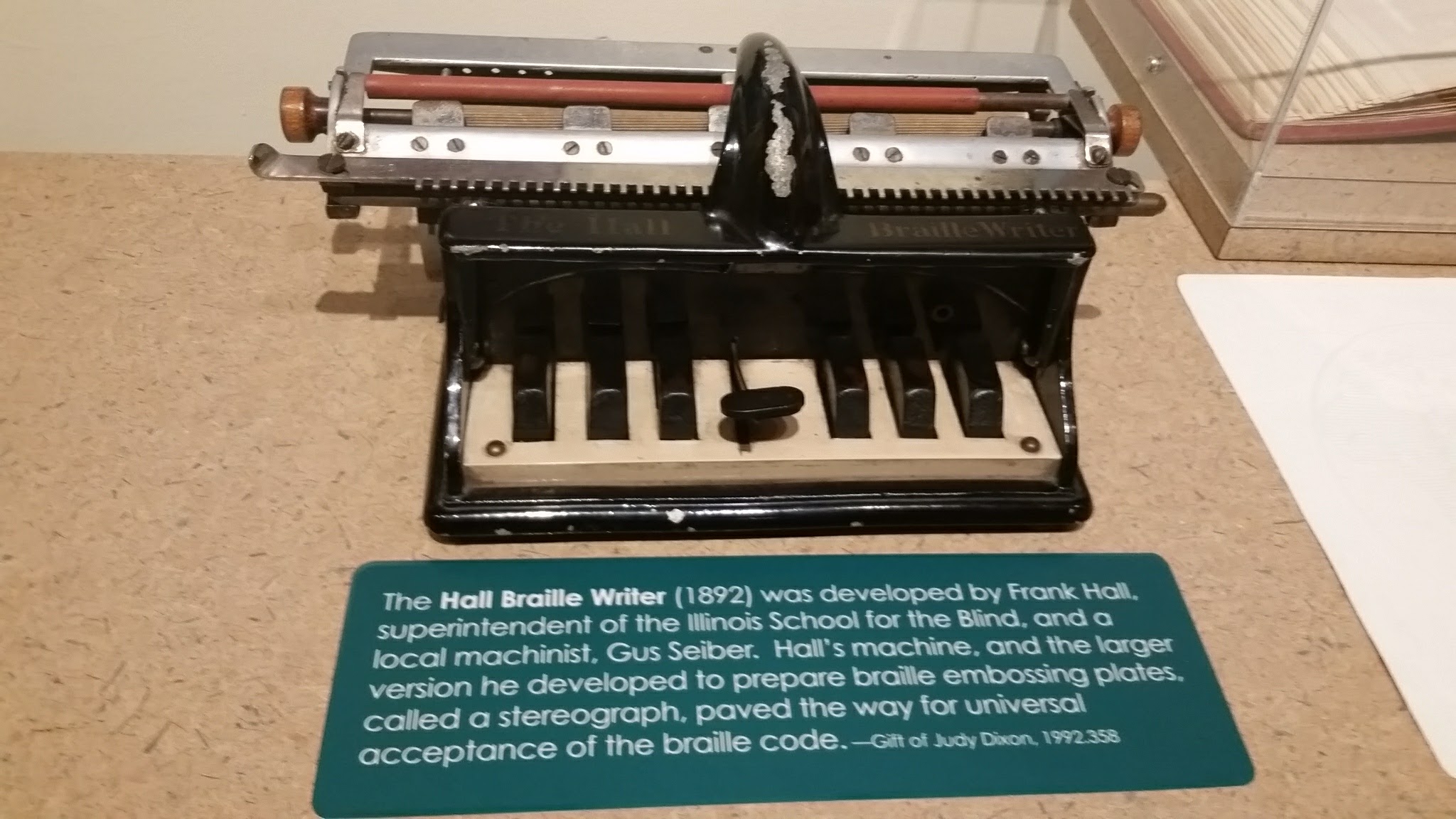 One of the many early Braille writers.